Taekwondo is the most popular martial art in the world!

"TaeKwonDo, the "Way of the Hand and the Foot," is a Korean martial art which traces its roots through the centuries to the ancient fighting arts of the Korean peninsula. Today, TaeKwonDo is the world's most widely practiced martial art, with over 20 million practitioners worldwide.

PHILOSOPHY :: TaeKwonDo was founded on an ancient code of model citizenship espoused by the earliest practitioners of TaeKwonDo: loyalty to country; filial, piety, honor and integrity, courage in battle and justice in the use of force. Practitioners of TaeKwonDo today strive for these same ideals. Through rigorous physical exertion, the practitioner strives to achieve harmony of mind and body, and indomitable strength of spirit.

SELF-DEFENSE :: Tae Kwon Do is a complete system of unarmed combat for self-defense. Tae Kwon Do is especially recognized as the martial art with the most highly developed arsenal of kicking techniques, techniques which range from the simple to the spectacular. 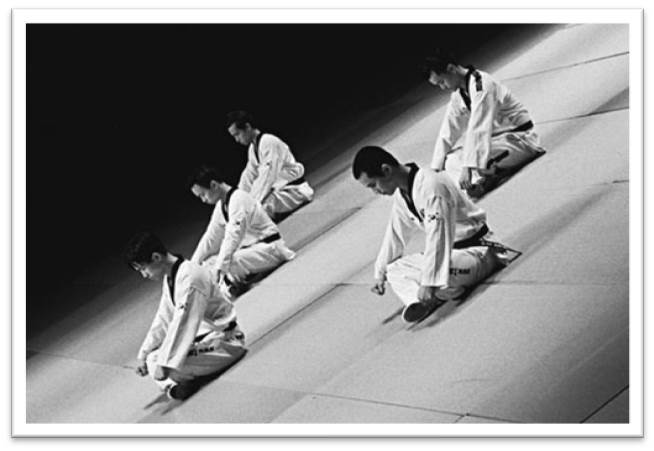